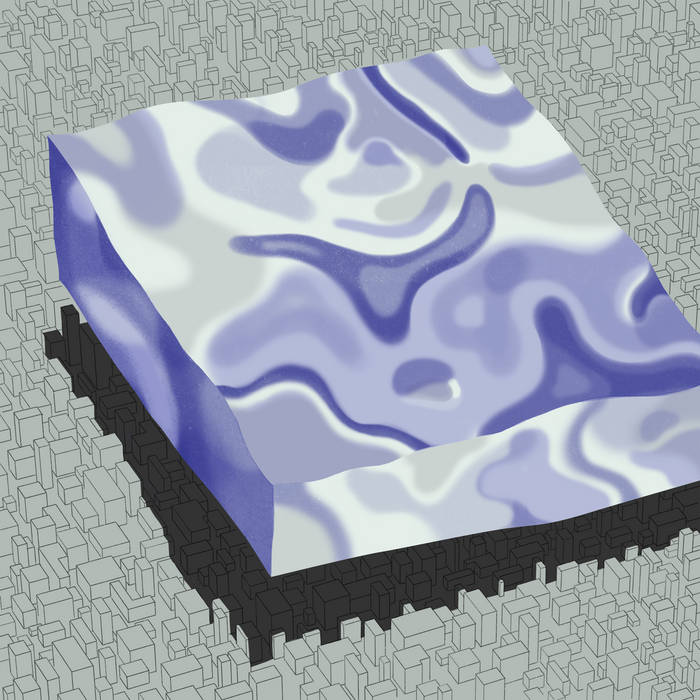 Fionn Fantastic dark atmospheric post-rock, Wang Wen are the best at what they do. Love the trumpets. Favorite track: Mail from the River.

Ben Leathley Wang Wen are one of my favourite bands - a big reason for this is that each successive album shows clear evolution of sound whilst staying true their own unique sound. Another amazing piece of work with Invisible City. Favorite track: Daybreak.

juju as always - absolutely outstanding work from creative and unique, constantly evolving band.
thank you so much! <3
...and special thanks for 24/48 files! such a pleasure to listen to this beauty in Hi-Res :D Favorite track: Mail from the River.

Alex Another wonderful album from Wang Wen. Very cohesive and inventive, every track has its own purpose and value. Favorite track: Lost in Train Station.

asael The addition of brass instruments adds so much in this very accessible post-rock record. Favorite track: Silenced Dalian.

Maximilian Hartert It is different and very unique. They experimented a bit with the instruments they have found in the studio, which have been integrated very well into the music. Overall it is something beautiful and relaxing in the end. Sometimes with a great build up and intense moments ("Stone Scissors" for example).
Because of its uniqueness, it also is pretty refreshing. Favorite track: Bamboo Crane.

Two years ago, when Wang Wen musical group released their album Sweet Home, Go!, they used sounds to create an aura of grandeur, to describe the huge black hole of the time in their eyes that would swallow us all. To everyone’s surprise, they didn’t carry on with the theme, nor got obsessed over lengthy tragic and stirring narration and overwhelming feelings. They turned around suddenly and switched their attention from the zeitgeist to where people actually live, hence the new album Invisible City, consist of eight relatively short but exquisite songs.

As an “old band” which is almost 20-year-old, Wang Wen’s albums vary in theme. It’s not really a surprise that the band keeps evolving during all those years. But this new album will definitely be the most beautiful and warmest one that Wang Wen has released so far. They devoted themselves completely to the music and bared their unmasked feelings regarding the city they live. They traveled to Iceland to record the new album, which made the sounds in it purer and more ethereal. In this album, Invisible City, we can feel the caring, and also hear Wang Wen becoming warm positive energy in this city without them realizing it.

At the beginning of 2016, when Wang Wen finished the recording of Sweet Home, Go!, we replayed it in the studio. It snowed heavily on that day. The studio was kind of blocked by the snow. I was thinking, the next time we are going to make an album that will have warm feelings. As to how to make that happen, we had absolutely no idea at that time.

Maybe it’s because spring always comes late in Dalian, what we made after that was still cold. We didn’t feel the change in its “temperature”. After we came back from the first leg of our tour, it was the best season in Dalian. So it seems that we are a group of people who are always affected by the surrounding environment.

After that, everything went smoothly. We recorded a rough DEMO in a practice room, and then began thinking about our options as to where to record the album. It’s not the same as that Wang Wen used a new practice room every time for a new album. We have to do so actually. But when it comes to recording studios, we always want to record a new album in a new recording environment, believing that it might bring us some different emotions and feelings. Besides, when we record in a new studio, every one of us can always learn something new.

A year ago, our tuner Xiaolong and manager Sun Yi went on a trip to Iceland and paid a visit to that famous recording studio, Sundlaugin, which remodeled from a swimming pool. Later they sent us some photos of their studio and equipment. By then we already set our European tour, so we decided that we’d go to Iceland to record the album before we go on the tour.

The producers of this album are Wouter and Lode brothers whom we worked with for our last album. We had worked together for over ten days when we made Sweet Home, Go!. Now we have a deeper understanding of how each other works. And what’s more important is that we trust each other deeply. Before we got to Iceland, we exchanged ideas on how to record the album in emails with each other, in hopes that everyone can bring their own feelings regarding Iceland and this particular studio into re-creation process while recording in the studio.

Thanks to thorough preparation and planning from everyone, the whole recording went without a hitch. We tried all the old musical instruments and equipment in that studio which are hard to find on the market. When we had fun, we also learned a lot. Even we had to work for over 12 hours a day, we didn’t feel tired. In an atmosphere like that, we made an album that evokes a feeling of warmth as we hoped it would do, even after we spent several winter polar nights in Iceland.

Many young people I know left Dalian and went to other more energetic places to live and work in the last two years. And this city, even it’s still here, becomes less clear and more quiet. One day, Calvino’s novel Invisible Cities flashed through my mind suddenly. I never finished that book. When I opened it, and looked through the first few chapters, I saw the words I once underlined: “Each city receives its form from the desert it opposes; and so the camel driver and the sailor see Despina, a border city between two deserts.” Hence the name of the album, Invisible City. I still haven’t finished that book though.

Founded in 1999 in Dalian, Wang Wen is considered as one of China’s hardest working indie bands. The band released 7 studio albums since 2002 and one split vinyl with Swedish instrumentalists PG.LOST. Wang Wen makes beautiful melancholic instrumental music and they are well known for their intense live shows. They toured China and Europe multiple times and shared stages with Mogwai, Mono,… ... more

Bandcamp Daily  your guide to the world of Bandcamp